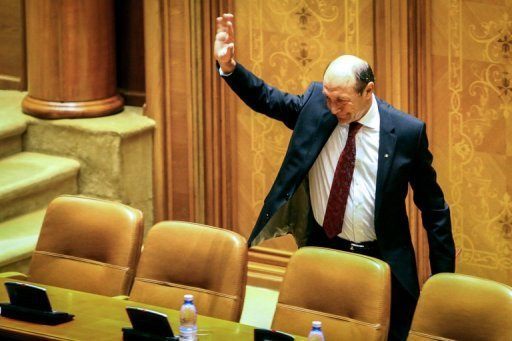 Romania’s parliament voted Friday to impeach President Traian Basescu in a spiralling political crisis that has raised warnings in the West that the country’s democracy is under threat. A total of 258 lawmakers out of 432 voted in favour of the move against the centre-right Basescu, said Dan Radu Rusanu…