This section has the latest DC news on direct democracy, something akin to a pure democracy, a form of democracy whereby people decide policy initiatives directly as opposed to a representative democracy. Cooperatives (Co-ops), Democratic Workplaces, Collectives, Communes, Intentional Communities, Referendums and Ballot Initiatives are also featured right here until we build more content for this neglected area of democratic experimentation. Also see our section on American democracy and get more info at Voting Methods Central. The answer lies in a tool of popular democracy that is little known in California, but has become a common method for addressing desperate problems. In the last decade, Ireland has led by example, improving democracy through citizens’ assemblies. Europe could take some lessons. The Primaire Populaire is a citizens’ initiative with an ambitious objective: to unite France’s leftist parties behind a single candidate. Mississippi Gov Tate Reeves said he would back a restart of the initiative process, months after the state Supreme Court ruled against it. Switzerland wants to take advantage of the opportunity offered by the Summit for Democracy build a name for itself internationally. A plan to elect supreme court judges by lot rather than by the Swiss parliament was rejected by voters in all 26 Cantons of the country. Should ex-officials be tried for criminal conduct, a countrywide referendum held in Mexico on Sunday asked. Voter turnout was low. A predicted demand for greater direct democracy would be the inevitable reaction to an overtly ideological and more dictatorial edifice. 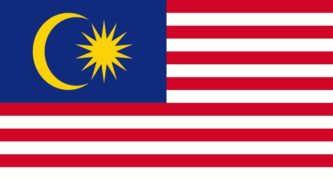