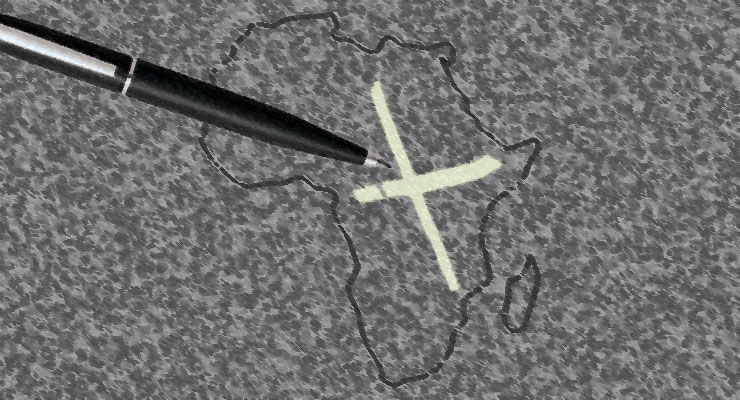 Officials have warned residents against street protests in the East African nation, one of the continent’s most peaceful countries. The protests also are planned at the country’s foreign embassies, including in Washington, where at least a dozen people staged an early demonstration Wednesday morning.

Some wore masks as they circled outside the embassy in light rain, carrying signs with messages such as “Magufool must go!”

“Everybody is scared of the president and the establishment,” said Mange Kimambi, a California-based political activist who is promoting the protests from her popular Instagram account. “So I came here to extend support to them and to encourage them to continue standing for their rights and struggle to remove him from power.”

Tanzania’s ambassador to the U.S., Wilson Masilingi, was unavailable to comment to VOA.

The main protests are set for Thursday, Tanzania’s Union Day. The holiday commemorates the 1964 merging of Tanganyika and the Republic of Zanzibar.

On Tuesday, police already were conducting exercises on the streets of Moshi, a stronghold of the main opposition party Chadema, local media reported.

In Dar es Salaam, the former capital, Police Chief Sweethbert Njewele said security forces were poised to deploy. But, according to The Citizen, a news website, he assured a local business group Wednesday that “there will be no demonstrations. Everyone should go about their work as they usually do.”

The U.S. Embassy there issued an alert Tuesday, advising that Tanzanian officials had threatened “serious consequences” for protesters and that police previously had used tear gas and live ammunition to quell demonstrations.

The alert also noted that “the U.S. government has restricted the movement of Peace Corps volunteers throughout Tanzania” but that no other Americans there on official duty faced such limitations.

Magufuli, since taking office in 2015, has rolled out tough economic reforms and cracked down on corruption. He also has suspended the licenses and operations of news organizations seen as critical of his administration. Last Friday, Tanzania’s regulatory agency for communications ordered the operators of online platforms to register for a license for a fee of roughly $900 or face fines and up to a year in jail. Those operators have until May 5 to register.

One of Magufuli’s chief critics is Kimambi, who lives in Los Angeles. The 38-year-old mother of three uses her Instagram account to berate theTanzanian government, its president and other officials, and to rally her 1.8 million followers to demonstrate Thursday in Tanzania and at its embassies around the world.

Magufuli has warned that security forces would clamp down on “illegal” demonstrations.

“Some people have failed to engage in legitimate politics; they would like to see street protests every day. … Let them demonstrate and they will see who I am,” the president said at a public event in early March in northwestern Tanzania, Reuters news service reported.

Outside Tanzania’s embassy in Washington on Wednesday, Kimambi invoked the name of Tanzania’s first president.

“Mwalimu [Julius] Nyerere once said that if you have a leader who is not following the rule of law and respecting the constitution, our duty is to contain him,” she said. “Even if it means paying a price by taking risks, notwithstanding such threats from the authorities.”

On Tuesday, Kimambi claimed on Instagram that representatives of the FBI and the Los Angeles Police Department intercepted her at the Los Angeles airport, as she was getting ready to board, to caution her about threats to her safety in Washington. She posted a photo of FBI and LAPD business cards, set on an aircraft tray table, with individuals’ names and contact information redacted in black. She also wrote that she was trembling because of the threats.

Laura Eimiller, a spokeswoman forthe FBI field office in Los Angeles, told VOA that it’s against agency policy to confirm or discuss whether the agency had made such overtures.

Kimambi strongly supported candidate Magufuli during the 2015 election. But, after he took office, she turned against him for measures such as banning opposition parties from conducting political activities and for ending live broadcasts of parliamentary proceedings.