The lever cranks, the inkblot spreads, the die is cast and for-better-or-worse, the will of the mob echoes across the annals of space and time. Democracy depends on free and fair elections.  To challenge the legitimacy of such foundational elements of our society is to challenge that very society and what it was meant to stand for. Elections were not meant to be bought and sold; they were not designed to explicitly serve the interests of those who stand to benefit from their outcomes.

Elections are an ancient function of the rule of law, designed in their essence to free humanity from the barbarism of tyranny and to defend the popular will of the people.  Ours was not supposed to be a government against the people but one, of the people.  The founders of the United States government formed their vision so explicitly in the form of the constitution and organizing principals of government, there should be no open debate about the illegitimacy of the direct affront on liberty the election process in the United States now faces. 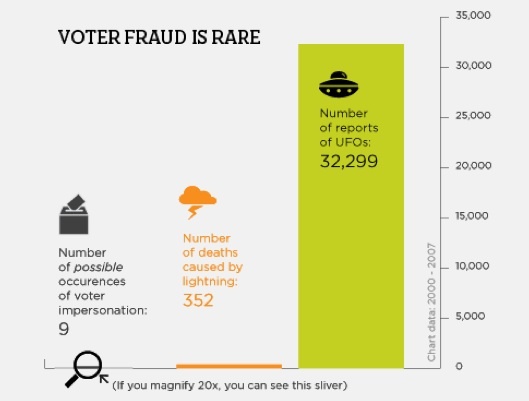 Those who would attempt to win elections by any means necessary have no honor and no respect for this nation.  They are not patriots and their contributions to our nation will be regarded with shameful disdain by future generations. Is winning the same no matter what means are used to secure the prize?  Is cheating to be wholly accepted?  Is the prisoners dilemma really that complicated?

For the theorist fluent in matters of the heart, things that pertain to higher sources of judgment, these answers will come as clear as to those who might oppose my particular suggestion that we protect and enshrine the liberty our forefathers fought so hard to attain for us.  Liberty is an abstract notion that gained material position in the United States around the time of its earliest consideration. It is the responsibility of every American of sound mind and body, to defend and uphold liberty in the same way one might defend their homestead were it to come under attack by either known or unknown enemies.

The simple fact remains, in this day, we know quite clearly, who directly opposes free and fair elections in the United States.  Those names do not matter.  They will not be remembered for their merits or contributions.  Those who so vehemently oppose liberty will be regarded in the way all true enemies of the state are.  They will not be honored as liberators or benevolent guides; they will be seen as simple and self-interested, their children will not understand and our society will not allow them to be remembered for whatever good they may have accomplished before so clearly moving to strike down liberty in the United States.

Desiline Victor is a true American hero.  A patriot of the highest order.  She will be remembered by generations to come for her valiant defense of American liberty. Madam Victor was 102 years old when she braved the incredible heat of North Miami for far longer than she ever should have.  The state of Florida like many others in the nation has made efforts to restrict elections as much as their state laws will allow.

These laws are being passed with the express interest of restricting American liberty so that the will of the people is to be better understood as the will of the few. These places do this at the peril of their people and for the shame of their leadership.  They do this to elevate tyranny and to attack the progress we have been marching for ever since the signing of the Declaration of Independence.  They may call themselves patriots but there is nothing patriotic about restricting democracy.  Those who would seek to restrict, manipulate, mask, minimize or otherwise affect free and fair elections in this country or any other in the world do so as enemies of liberty and fugitives of justice.

How could anyone choose to live and pay taxes in an American state that forced a hero such as Madam Victor to wait for fear that her vote might swing an election in a way that would be unpopular to some in the state of Florida?  How could anyone support an American Nation Building Campaign when there are so many holes in our own fractured versions of democracy, freedom, and liberty?

Does anyone remember the hanging chad? The Iraq War?

Something tells me Senator Gore does.  I hope he has made peace with the events that preceded his failed presidential election but I know many of us patriots have not.  America was designed as a democratic republic and those ideals must be protected so that future generations might still be able to live in an America to be proud of.

Can the people of North Carolina truly be proud of the national headlines their state has received?

Can we as an American people truly be proud of a nation with its ideals being attacked from within?

When will we the people, reclaim this nation and restore the visions of liberty originally understood by our founding fathers?

It is the duty of every patriotic American to defend the election process and accept the will of the mob; democracy depends on it.  We still have the power to defend liberty but every day those powers are being eroded by those who would chose to win by any means necessary.  We will not sink to their level, we will use our voices, our votes, our taxes, and our honor to defend liberty as our fundamental right.  It is function of our truest selves to protect these ideals and ensure our society lives on peacefully for many generations to come. Walk in peace, act as a patriot.