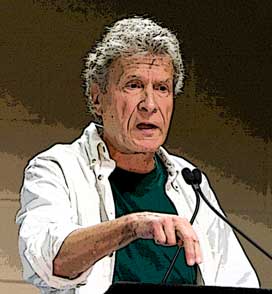 Attorney General Loretta Lynch on July 8, 2016 said about the shooting of police officers in Dallas: “The answer is never violence.” I totally agree with the Attorney General. You are living at a watershed moment in history. This presidential campaign has, above all else, shown that you understand that the system is broken. We understand that. We are dissatisfied. Now is the time to take the next step. I’ve been interviewed by lots of journalists in the past month in response to the Panama Papers disclosures. A question I often get asked: “How do modern day economic hit men (EHMs) work?” Rather than adding to the frenetic election discussion, I think it a good time to look at the resource that is replacing oil as the most important one for future economies—as well as the survival of just about all species. About 45,000 Verizon workers went on strike last month, making it the largest strike in the U.S. since the last Verizon strike in 2011. Their chief complaints include the outsourcing of jobs, job relocations, healthcare coverage and pay. Consumer campaigns are powerful tools. I encourage each and every one of you to let corporations know that you will support the ones that respect your basic rights, including those that protect your personal information. This enormous industry, represented by the NRA, supports a small group of powerful lobbyists who drum up fear of laws that would reduce the weapons corporations’ cash flow. The NRA’s money and the fear of its political power sway many members of Congress. I want to take these consumer victories as an opportunity to encourage each of you to take heart–and act. Keep telling a new story, one that is based on creating an environmentally sustainable, resource regenerative world. Spring is a time of renewal, highlighted by Earth Day this Friday. What if we didn’t reserve just one day for our planet and treated every day like Earth Day? As an Economic Hit Man in the 1970s I spent a great deal of time in Panama. I hate to admit it, but I helped forge the system that has now been exposed in the Panama Papers. It is a system of legalized crimes.