I highly suggest the anonymous author of the New York Times Op Ed piece resign, as well as all of the other people who are working against the administration from within. While they are at it, the President himself should resign too. McCain lost the presidency because of integrity and honor, what the Deplorables no longer respect. McCain didn’t fight hard and dirty enough in their eyes, winning is all that matters in their world. So all consuming is his ego and need to protect himself that he would alter our laws, regardless of the consequences.This is so blatant and in the open, it boggles the mind to those of us not caught under his spell. Can’t we just figure out that it would be better to just be honest, admit our human frailties, become a sex positive nation, embrace enthusiastic yes, and understand the “Pursuit of Happiness” clearly includes sex, and move on? We have police who have been conditioned, in our post 9/11 world, to perceive the public as a potential enemy and are far too willing to attack, rather than protect and serve, or even back off and wait. I too love our nation and our flag. We should strive to be a nation where everyone wants to stand for the flag, rather than one that forces and coerces citizens to do so. Let’s keep advocating for systems like Instant Runoff Voting and Ranked Choice Voting, so that we the voters have the tools to truly pick better candidates, especially when the two dominant parties are not offering us candidates we want to vote for. It is time for Progressives, Liberals, Moderates, Independents, disillusioned Republicans abandoned by their own party, Democrats of all stripes and varieties, and disaffected voters to rally together and stand up and be counted. 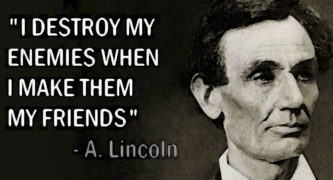 The actions of this administration are bad and wrong, this is how totalitarian regimes operate not democratically elected governments. Come November, please join me and the majority of Americans to take our country back. What a long strange trip it has been. I am still happily shocked that the people of Maine have now spoken via the ballot, twice, to insist that We the People are indeed in charge. Let’s hope our Representatives now represent us.