“ALL LIVES WILL MATTER WHEN BLACK LIVES MATTER”. In this shot rapping poetry in Spanish and English, empowering the people with clever chants and strong words.

Part of her bio:

For 13 years Wright was an active duty soldier. She spent another 16 years in the Army reserves, retiring as a Colonel. Part of her Army work was special operations in civil affairs. In the event of invasions into other countries, Wright helped to develop “plans about how you interact with the civilian population, how you protect the facilities – sewage, water, electrical grids, libraries…It’s our obligation under the law of land warfare.” After Wright was released from active duty, she joined the State Department. For the next 16 years, she served as a foreign diplomat in countries such as Nicaragua, Somalia, Uzbekistan, and Sierra Leone. She was on the team that reopened the US Embassy in Kabul, Afghanistan in December, 2001, after the fall of the Taliban to US forces.

In all those years, Ann Wright was proud to represent America. However, on March 13, 2003, the eve of the US invasion of Iraq, Col. Ann Wright sent a letter of resignation to then Secretary of State Colin Powell. She felt that without the authorization of the UN Security Council, the US invasion and occupation of an oil-rich, Arab Muslim country would be a disaster. Only two other State Department officials resigned at that time in protest of the imminent invasion.

In an interview, Ann explained that, in the Foreign Service, “Your job is to implement the policies of an administration…if you strongly disagree with any administration’s policies, and wish to speak out, your only option is to resign. I understood that and that’s one of the reasons I resigned – to give myself the freedom to talk out.”

Ann Wright told me that, as a former Diplomat and Colonel, she resigned in opposition to the war in Iraq. “This rally in solidarity with the people oppressed around the world, starting with the United States. the oppression that we’re seeing here in the United States as it’s transmuted by the United States to places like the Middle East, the Palestinians, the people in Iraq, Afghanistan and Syria.

“We’re here at Herald Square to challenge U.S. imperialism throughout the world”.

Al spoke out yesterday saying, “57% of our national budget goes towards killing machines. Can you imagine in a national election for the president of the United States not to talk about the facts. U.S troops are in every country surrounding Russia. We are training 37 African countries. Can you imagine what we are facing? It’s the responsibility of the Peaceful ones of our country to Raise the Cry, talk about the war and the military budget”.

Margaret spoke out about the war crime of the killing of Anwar Al Awlaki who became the first United States citizen to be targeted and killed in a United States drone strike by a AGM-114 Hellfire Missile. His son, Abdulrahman al-Awlaki, was killed by a U.S. drone strike two weeks later.

“This past week 150 people were killed in Somalia by the President of the United States. We were told they were ‘terrorists’, they had a terrorism ‘graduation’. I’m not making that up”.

I’m not one of these people who are against all wars but, I am against U.S wars done in our name that IN THE MIDDLE EAST OVER THE LAST 15 YEARS HAVE KILLED 2 MILLION PEOPLE. THINK ABOUT THAT FOR A MINUTE. The U.S. Government estimates, if they bother to count at all, that a couple of hundred thousand people maybe have been killed by the U.S wars starting in Afghanistan, Iraq, Yemen, Syria, Libya, Palestine, Somalia, the Sudan. Where does it end? It really only ends when we say”.

Kathy Kelly spoke about being in an Afghan hospital and visiting a pharmacist Khalid Ahmad working in a hospital in Kunduz and down stairs sleeping for the overnight shift WHEN SUDDENLY THERE WAS A HUGE EXPLOSION. The pharmacist ran upstairs and realized they were being “STRAFED”, They were being bombed by a United States war plane. They had called in the coordinates of the hospital and Doctors Without Borders quickly called the U.S. military and said ‘You’re bombing a hospital’. But, the bombing continued from 2:05 in the morning until 3:15 in the morning. 2 people were killed, PATIENTS BURNED IN THEIR HOSPITAL BEDS. The pharmacist asked Kathy, “WHY DID YOUR COUNTRY WANT TO KILL US?” 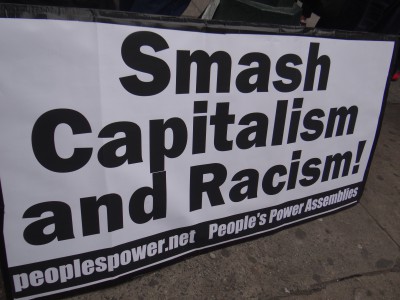 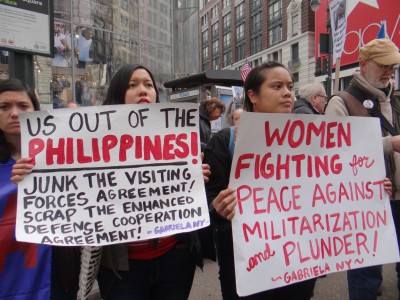 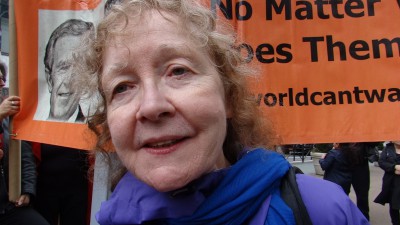 I asked Peace Activist Kathy Kelly about a recent action she was involved with in Finland. She went to Finland with a group of activists from her group, Voices for Creative Nonviolence, she mentions a father & son who she’s known since 1996, who were among the millions of people who’ve been displaced because of wars, because of violence. “MY FRIEND HAD AN ASSASSINATION ATTEMPT”. It isn’t that he wanted to leave his wife and children. Not by any means, he wanted to be with his family but, he had to flee. He was fortunate in that he was able to get to Finland. They were discovered in Finland due to a very Right winged shift amongst the Nordic countries such that refugees weren’t always welcome. New laws are being created that make it more difficult for people who seek refugee and survive much less be reunited with your family. “I THINK THE U.S. HAS TO CLAIM RESPONSIBILITY FOR CREATING SO MUCH MAYHEM AND VIOLENCE”. So that we have the LARGEST DISPLACEMENT OF PEOPLE THAT’S EVER HAPPENED IN HUMAN HISTORY.

“Migrations are tragic and painful”

“It was good to be on a first person basis to be able to be with such close friend of ours to hear his story. The Peace Activists over there said, “WE DON’T WANT FINLAND TO JOIN NATO”.

“If the U.S continues to use Military threat, force, bombing, destruction, bloodshed, WHAT WE WILL SEE WILL BE MORE VICIOUS AND MORE FRIGHTENING GROUPS THAN ISIS FORMING IN THE FUTURE”.

An impassioned Larry Hamm yelling out to the crowd yesterday to Arrest those involved in the Flint water crisis. “GOVERNOR SNYDER NEEDS TO BE ARRESTED” Not just charity, not just sending bottles of water. “WE DEMAND THAT THE STATE GOV DO WHATEVER IS NECESSARY TO REPLACE THE ENTIRE WATER INFRASTRUCTURE so the people of Flint could have clean, healthy drinking water.

“We demand that all medical services and all services that need to be provided to the children and people of Flint as a result of their poisoning be free of charge”.

“This is not just a Michigan problem, this is a national problem. Water systems are being poisoned all over the United States”. Larry stated that 30 schools in his state of NJ had to be closed due to water being contaminated with lead. “And they’re trying to cover it up. Expose those who are responsible for the poisoning of the children and people of Newark, NJ. “The real cause was the drive for profits. People before profits”.

” Transparency is critical when it comes to issues like 911″. There’s a bill to release evidence of who was behind funding of 911. Wouldn’t that be a very valuable thing in terms of information to have public? Wouldn’t it be a valuable thing to help expose the deception behind the phony wars on terror?” According to Dick Cheney, will not end in our lifetime.

The 911 families are involved in a lawsuit against Saudi Arabia. Releasing the 28 pages would do nothing to jeopardize national security according to the politicians who’ve read them. They say what’s in them is information about the covert, criminal, Saudi/Bush dynasty relationship.

U.S. Attorney General William Barr has been a fixer for the Republican Party but he is not alone in making an unethical contribution to Justice.

Americans are not aware that China is training the Mexican army. The presence of China on our border is the result of lack of planning and self-interest.

The partisan nature of the impeachment process is the stamp of America’s flawed democracy. The people, not Congress should be the ones to impeach or acquit.

Key moments at the start and end of the 2020 State of the Union exposed deepening political divide in America, signal the need for voters’ decisive action.

A scorpion wanted to get across the river. He asked a frog, “Will you please give me a ride on your back?” The frog replied, “How can I do that? Your sting is fatal!”

A new poll by Gallup shows that young Americans are increasingly in favour of socialism as opposed to capitalism. This is taking place as Iowa caucus nears.

To demonstrate its commitment to democracy in Africa, the international community must delegitimize father-to-son transfer of power on the continent.

While it’s always been there, self-interest has upped pack mentality – disinterest in crucial societal issues. Embracing truth is how to undo the dynamic.

Democracy Counts is a nonpartisan hi-tech startup that has developed election watchdog apps which it will share with volunteer election auditors in 2020.