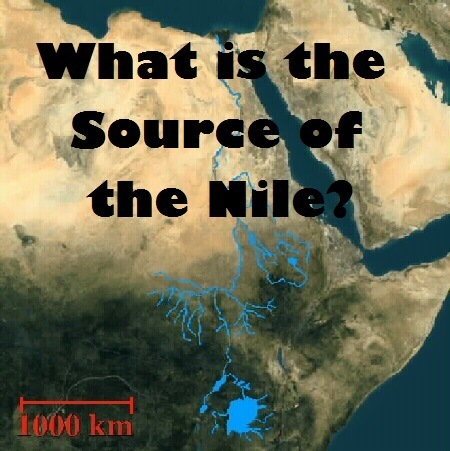 Late Ethiopian Prime Minister Melez Zenewi was intent on modernizing the country and initiated wide-scale infrastructure construction and renovations such as new highways and a new railway system to decrease traffic in the capital.  Above and beyond all other plans is the phenomenal project, the Renaissance Dam, who’s foundation is currently being laid down.  But this giant dam has brought giant diplomatic ramifications. Neighboring Egypt has furiously protested against what many in Ethiopia thought was internal business: the construction of huge dam to generate sufficient energy for all and to even export to neighbor countries. However, while Ethiopia has proceeded cautiously to avoid diplomatic confrontation with Egypt, many in Ethiopia consider the project a legal right and plan to go ahead without succumbing to any external pressure.

The Nile River has become part of Egypt’s national brand, an essential ingredient to Egyptian anthems, lullabies, and fairy tales about the Nile generations after generation. But the Ethiopian government’s declaration of the construction of the hydro power dam was a wake-up call to millions of Egyptians who have had the Nile inscribed in their hearts but falsely were misled to believe the Nile is theirs alone. To Egypt, the possibility of a diversion of the Nile River water flow is tantamount to collective suicide of the entire Egyptian population though many analysts have said the fears are overblown and politically motivated.

Thirsty, hungry and in need of friendship in Ethiopia and Egypt

Ethiopia, for decades mired in the unenviable center of the “hopeless” continent, was astonished to see protesters in Cairo demonstrating against the Ethiopian embassy there.  Many thought the protest was against Israel, the US embassy or related to the ongoing Egyptian political revolution.  It came as a big surprise to the Ethiopians that Egypt’s new government would turn its criticism to its southern neighbor.

For Ethiopia, building dams to increase electricity production in the landlocked nation is considered enormously beneficial for her own poor masses and it is believed to be not just a basic right but a national obligation upon the government. Ethiopia is beset by terrible poverty and uncertainty in its future.  There is talk in the US about the farm subsidies for bread of about two billion dollars per year could be ceased.  Oil, the sole purchasing power for Arab countries, major trading partners of Ethiopia, may collapse or even jump in price again leaving Ethiopia exposed to dramatically higher energy costs or lower exports.

It is quite ironic that colonial treaties apply only to Ethiopia to abide by when Ethiopia stands out as one of the few nations in the world not conquered and subjugated by the empires of the colonial era.  For the sake of argument, if colonial agreements have any validity, why do the Arabs not abide to the colonial accords and accept the Israeli’s statehood because Britain, former colonial master of Palestine, granted the land to Jews on behalf of Belfour Declaration (though Jews were living there in the past in an area much wider than present-day Israel, even being in Alexandria during the time of Moses and Solomon kingdom according to Quran).

But to whom is to blame for the current crisis?  Egyptians largely believed the Nile water would always be there and they took it for granted until Ethiopia declared the construction of huge dam.  The previous policies of the Egyptian government have sent the wrong economic and cultural signals leading to a situation where Egypt has had predictable difficulty adjusting to the water austerity measures imposed by the new climate realities in Ethiopia.  Egypt must see curbing excessive water consumption as essential.  At the same time Ethiopia has repeatedly stated that Egypt’s fair share of water will be protected.

Regrettably the concept of Egyptians as African brothers and sisters is met with the reality of the lives of Ethiopians in Egypt.  Egyptians today largely classify themselves as Arabs or Asians, not Africans, and make a total mockery of justice in their treatment of black-Africans on their soil.  The political belittlement of the black-Africans in Egypt has taken over diplomatic relations between the two African giants.  A good example of the ingrained cultural bias is what is called the Arabian coffee today which some Arab traders from barren Arabian Peninsula took from Africa to Europe and misled European consumers claiming the coffee theirs!  Ever since, Arabian coffee has been a trademark for an African coffee production.

Only one year back or so, the late prime minister of Ethiopia decided to exploit the God-given resources locally for the chronically impoverished Ethiopian people. The late Premier Zenewi is considered by many to have been a man of nationalist vision, guided by conviction.  He was a man intent on transforming and modernizing his country and raising his people out of a form of poverty unrivaled in its brutality.  For Ethiopians, the dam is still considered instrumental in doing so.

In a recent shocking incident, Egyptian national parties from across the political spectrum were caught exposed when a leaked debate ignited a diplomatic storm.  The Egyptian representatives were video-taped on a televised program openly discussing threats of military action and arming rebels against Ethiopia in response to the dam construction.  This dark chapter in relations may shut all doors of cooperation between Ethiopia and Egypt over a range of issues.  Yet many in Ethiopia believe, if Cairo talks to Adis Ababa in brotherly way, all these problems could be avoided. A great proverb by Mahatma Ghandi sheds some light: “There is enough for every one’s need but not every one’s greed”. This wise proverb from far away India applies to the status quo.

Home | DC AUTHORS | Ethiopia and Egypt are at Loggerheads Over Dam