The State of Israel today is governed in a way that cannot be sustained, where the two nations it governs, Israelis and Palestinians are used and abused and it is a state of affairs that should not be tolerated: Half of the population is governed by a radical regime that sees the struggle for control over the land as a zero sum game, and the other half of the population is governed by the security forces of this Zionist regime; one nation ruling over another while controlling the land and its resources. It is a reality where half of the population lives in what it thinks is a Western democracy while keeping the other half imprisoned by a ruthless defense apparatus that is becoming more violent by the day.

“THERE ARE ISSUES WHICH REQUIRE US TO TAKE A STAND, THIS IS ONE OF THEM”. Miko mentions a friend in San Diego who says, “I’m against racism how about you?” Miko goes on, “There are some issues where there is No Gray Area, and this is one of those issues”. “Israelis never want us to talk about the past, to talk about 1948. I say that IF WE DON’T TALK ABOUT 1948 WE WILL NEVER GET TO SOLUTIONS, IF WE DON”T UNDERSTAND WHAT THE PROBLEM IS AND HOW IT STARTED, WE WILL NEVER FIND OUT WHAT THE SOLUTION IS”.

I have much pleasure in conveying to you, on behalf of His Majesty’s Government, the following declaration of sympathy with Jewish Zionist aspirations which has been submitted to, and approved by, the Cabinet. His Majesty’s Government view with favour the establishment in Palestine of a national home for the Jewish people, and will use their best endeavours to facilitate the achievement of this object, it being clearly understood that nothing shall be done which may prejudice the civil and religious rights of existing non-Jewish communities in Palestine, or the rights and political status enjoyed by Jews in any other country. I should be grateful if you would bring this declaration to the knowledge of the Zionist Federation.

In summary, Miko says, The Balfour Declaration, “These were the days when WHITE PEOPLE IN EUROPE CAN SIT AROUND AND TAKE BROWN PEOPLE’S COUNTRY AND DO WITH IT AS THEY WILL”. “ONE RACIST PROMISING ANOTHER RACIST A 3rd PEOPLE’S COUNTRY”. 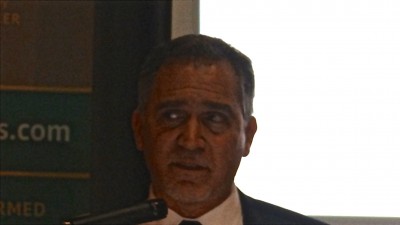 Miko Peled, the General’s Son, had a father who was a General in the IDF. His father, Matti Peled was a young officer in the war of 1948 and a general in the war of 1967 when Israel conquered the West Bank, Gaza, Golan Heights and the Sinai. Miko’s unlikely opinions reflect his father’s legacy. General Peled was a war hero turned peacemaker. The general clearly stated that contrary to claims made later, the 1967 war was one of choice, and not because there was no existential threat to the state of Israel. He then dedicated his life to the achievement of Israeli Palestinian peace. 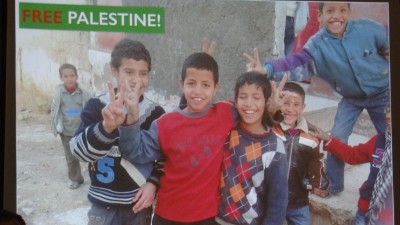