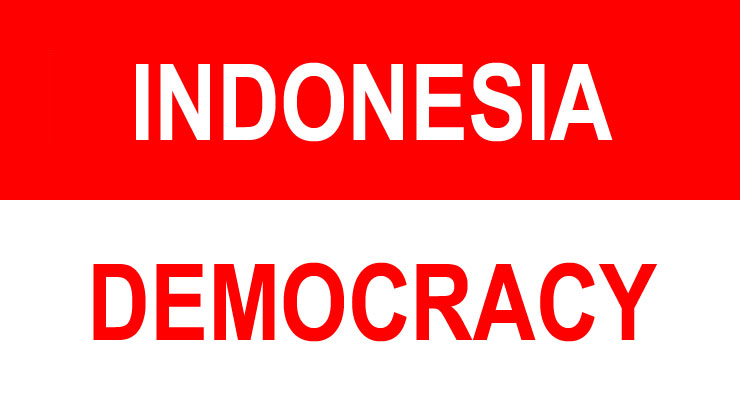 Indonesia’s presidential candidates are highlighting their disagreements on several topics, from corruption, bureaucratic system to combating terrorism, but also, on a more surprising note, showing a lot of similarities.

In an uneventful first presidential debate last week, the incumbent Joko “Jokowi” Widodo and his opponent, the ex-military commander Prabowo Subianto, reiterated the visions they had previously announced.

Similar to their 2014 campaigns (in which Prabowo lost), Prabowo’s campaign has been notable for its bent towards populism, especially since he promised to cut back on imports. Jokowi, meanwhile, pursues mostly the same points — infrastructure and targeted funding for villages.

On the economy, Jokowi and Prabowo’s campaign slogans are similar: Indonesia Maju or Indonesia Progresses for the former and Indonesia Menang or Indonesia Wins for the latter. And both also champion economic self-sufficiency and the enhancement of the small-to-medium sized enterprises.

“We will provide subsidies and social assistance programs for those in need, to make sure that all Indonesians are able to fulfill their basic needs. We will build a high-quality infrastructure that can benefit all segments of society by not inflating project prices value. We will make sure that Government’s debt does not inflate, let alone jeopardize the State’s financial position,” Prabowo said in a speech announcing his visions.

Under Jokowi’s rule, Indonesia’s economy — propelled by robust infrastructure building — has stalled at 5 percent a year. Jokowi, for his part, says he will prepare seven action programs related to the economy, from asset redistribution, “ultra-micro” credit lending to the optimization of non-tax state income. Similar to Prabowo’s promise to fix Indonesia’s healthcare system — presently through the BPJS Kesehatan health insurance — Jokowi also vows to reform it, especially for the poor.

“Both candidates want economic self-sufficiency, welfare for all and the use of natural resources,” Abbas said.

Jokowi also vows to reform gender equality in all sectors, as part of the Sustainable Development Goals.

Notably during the debate, Jokowi asked a question about the lack of women in Prabowo’s team while highlighting the equal appointments in Jokowi’s cabinet, including that of Retno Marsudi, Indonesia’s foreign minister, and Susi Pudjiastuti, minister of maritime affairs and fisheries, and seven other female ministers.

The debate grew heated, as Prabowo responded by saying the negative policies enacted by his ministers, regardless of their genders, are the most important issue..

Through the increase of Indonesia’s tax ratio, currently at 16 percent, Prabowo vows to eradicate corruption, where Indonesia has long scored poorly on lists by international groups, by paying better wages to civil servants.

“The root of our problems with corruptions is that civil servants are paid very little,” Prabowo said. This echoes the point earlier made in the debate by Prabowo’s running mate, businessman Sandiaga Uno (and the former deputy governor of Jakarta): that justice is not only “for the rich,” Sandiaga said.

On the other hand, Jokowi reiterated his stance on meritocracy by noting that political party recruitment, often deemed as the most corrupt in Indonesia’s public sector, “should be based on competence.” Jokowi pointed out to Prabowo that the latter’s political party, Gerindra, nominated six candidates convicted of corruption for the legislative election.

Regarding terrorism, Prabowo cited his involvement in the forming of Indonesia’s first counter-terror unit, before noting the common misperception, according to him, that most of Indonesia’s terrorists “can be controlled by someone who’s not a Muslim,” he said. In fact, Islam was something of note during the discussions on terrorism.

Criticizing Prabowo’s statement, Sidney Jones, terrorism expert and director of the Institute for Policy Analysis of Conflict, said in a tweet: “[we] can’t just relegate terrorism issues to foreign actors, there’s a homegrown problem that we need to understand.”

For his part, Jokowi delegated the bulk of his visions on terrorism to his vice presidential running mate Ma’ruf Amin, the renowned cleric and head of Indonesia’s Ulema Council or otherwise known as the MUI. Citing the fatwas issued by the MUI, Ma’ruf noted the deradicalization approach by his campaign will focus on a “humanitarian” approach. “If it was because of the misperception of religion, we should provide corrective measures to put radicals back on track,” he said.