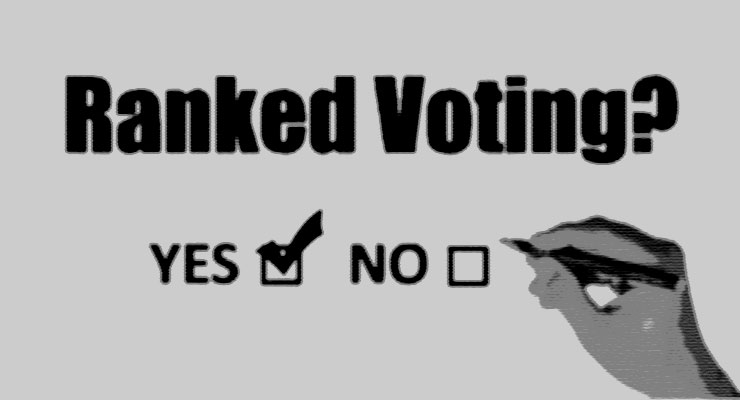 This article by Richard Pildes, is published by The Election Law Blog. Here is an excerpt:

There’s an important distinction between non-partisan elections and primary-election reforms, such as Alaska’s adoption of the Top-4 primary (followed by RCV in the general election). Because this distinction is sometimes lost in discussions of reforms like that in Alaska, I wanted to explain the distinction.

In non-partisan elections, the candidates appear on the ballot without any party identification or association. Although Progressive Era reformers thought non-partisan elections were a “good government” reform, which would encourage voters to vote based on the characteristics of individual candidates, political scientists are highly critical (rightly so, in my view) of non-partisan voters. Contrary to romantic Progressive Era views, many voters need the party cue as an important filter to help inform their vote. That’s especially true in the United States, where the individual voter is asked to vote in far more elections than in other democracies. For this reason, most political scientists who study elections consider non-partisan elections to be bad policy.

In contrast, in primaries like CA’s Top-2 or Alaska’s Top-4, candidates can list themselves on the ballot as “prefers Republican Party” or “prefers Democratic Party” or “independent” or “non-partisan.” Voters therefore have the cue of the party a candidate prefers to be associated with. It is true that these are not the candidates of the Republican or Democratic party, because they have not been chosen by the party or its voters. But the way the candidates identify on the ballot gives voters important partisan information that voters lack in non-partisan primaries (indeed, dissenting Justices in the Supreme Court case upholding Top-2 primaries thought this structure was unconstitutional precisely because voters would associate the candidates with specific political parties).