Congratulations to Rep. Velázquez on her victory in the Democratic primary in the election. I hope she continues to do good constituent services to help the people of her district, but I think she and her colleagues in Congress need to seriously consider our message if she truly wants to help her financially struggling district.

Thank you to our donors who made this campaign possible. Your generosity allowed us to run a solid campaign. I know I learned a lot, met a lot of people and made many new friends. If I call you in the coming weeks it will not be to ask for money, but to say thanks.

The new friends I made were especially among the more than 400 people who signed up to volunteer with our campaign. I am so impressed with the energy and enthusiasm of all the people who helped us. We should all be proud of our work.

Congress is not working for the American people. It is working for special interest groups that want their interests advanced over the interests of others. This is what I meant by ending “good for some, bad for all.” This is why its approval rating is at an all-time low. Congress should be working for the common good, but it is not.

Our democracy is in a sad state and I believe the incumbent still does not understand that taking money from PACs and lobbyists is wrong. Just because “everyone is doing it” does not make it right. Leadership is not about following the crowd.

We can make sure every child in this country gets an excellent education. We can ensure that our seniors can have nice places to live and do not need to leave the neighborhood they grew up in. We can provide adequate healthcare to everyone. And we can have an economy that works for everyone, not just the largest corporations that pay employees so little that they need to depend on welfare.

Our district has overcrowded schools and crumbling infrastructure. Our public housing stock has a $5 billion capital deficit over the next five years and basically half of all people spend so much on rent that they are just working to pay the rent. Too many others crowd into basements or worse, must live in shelters or suffer on the streets.

Taking money from PACs and lobbyists creates a conflict of interest. Conflicts of interest can be actual or perceived. Politicians taking money from bank or other corporate PACs may not necessarily work for the banks, but they are certainly less likely to do anything to work against their interests. Just look at how the gun manufacturing lobby prevents any meaningful new regulation to curb the senseless violence that is happening now around our country.

Democrats have an opportunity they are missing. Do we want to be the party of the people or just another party of corporate America? Are we building America Inc. where our GMO food is poisoning us and we create an underclass of uneducated people that just consume wasteful products that ruin our environment? Will wealth and income inequality continue to grow because wages continue to decline and Wall Street is allowed to continue to speculate on the price of oil? Will corporate subsidies and tax loopholes continue so that our schools remain underfunded, our teachers underpaid and our students graduating with a diploma appended with a lifelong debt obligation? 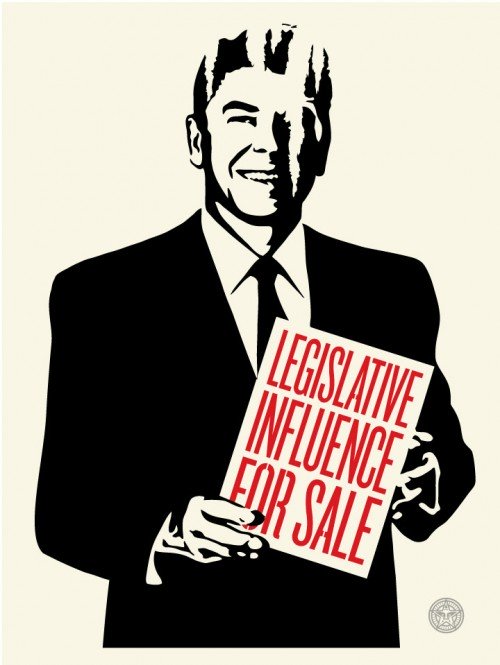 Corporations are designed to maximize shareholder profit. The easiest way to have more profit is to pay less taxes and have less regulation. The easiest way to pay less taxes and have less regulation is to donate to politicians through PACs and lobbyists, have the lobbyists write the laws (making sure that lawmakers are kept distracted by steak dinners and fancy parties) and then the politicians enact no meaningful regulation or reform so the system continues to the benefit of the status quo and the detriment of all. Incumbent politicians, both Democrat and Republican, do not mind this system as they maintain their power, conveniently blaming each other, but the American people needlessly suffer. I call this corruption and it makes me really angry.

Although enough voters did not hear our message this time, I am proud of the work we did to educate people on the corrupt nature of how we finance elections. Voter turnout in the election was extremely, ridiculously low. Less than 10,000 people voted in a district with approximately 250,000 Democrats and 750,000 people. The incumbent won with less than 7,000 votes. So less than 1% of our district is sending our Congresswoman who lives outside our district back to Washington to take some more corporate PAC money to fend off reform from a challenger like myself. People are not voting and I wonder why. My answer was it must be the money. The press did not cover this election and I can only wonder if they are an accomplice since they benefit from paid media from campaigns. The media is supposed to be the “4th estate” but now, like our Congress, seems to have been bought or auctioned to the highest bidder.

So this morning I slept in late, had a coffee and a breakfast sandwich and then slept some more. I am grateful for all the hard work and support we received financially and especially in terms of the time that many great people invested with us. I will continue to educate myself and others on the corrupting influence of corporate and other money in politics. I want to thank all the people who believed in our message and shared it with others, and especially those people who went to the polls and voted. If you voted in the election, then you deserve to celebrate your actions. Finally, know that your investment in me has not been for not, as I am not giving up.

Home | DC AUTHORS | I Am Not Giving Up