The Balkan Nations in Eastern and Southeastern Europe are in a key region to watch in regard to the progress of world democracy. The struggle for democracy in the countries of Albania, Bosnia and Herzegovina, Croatia, Kosovo, the Republic of Macedonia, Montenegro and Slovenia is covered here. Also see our separated out articles on Bulgaria, Romania and Serbia. And be sure to check out our section on World Democracy. Thousands of Slovenians are protesting the erosion of democracy under the government of the right-wing Prime Minister Janez Jansa. In the turbulent Balkan region, Montenegro was considered to be a success story. But now, Montenegro’s democracy is in danger. Pecreptions of public corruption worsened in most Southeast and Central European countries according to the newest report. The Chair of the EED says pro-democracy protests in countries like Algeria, Lebanon are a powerful message to Europe in a time of moral crisis. 20 years ago, Srdja Popovic was part of a revolution — literally. He was a founding member of the Otpor! movement that ousted Serbia Slobodan Milsovic from power in 1999. 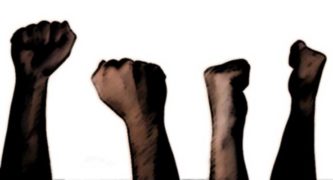 Albania’s center-right opposition has called for further protests to bring about resignation of left-wing government and force parliamentary elections. Transparency International, together with MANS, urges the Government of Montenegro to withdraw its amendments to the Law on Classified Information. Thousands rally against Montenegrin President Milo Djukanovic and his government demanding resignation over alleged corruption, cronyism and abuse of office Ethnic tribalism and the poison of religion with its magical fairy tales are the weak links where malevolent actors like Russia can manipulate and damage democracy – even in a modern European context like Serbia. How Journalists Can Spot The Signs Of Autocracy (6/25/2022) - Although there are signs, tyrants can hide repressive rule behind the façade of democracy. Journalists…