In the past 60 years, 2,751 parties have ran for parliamentary and state elections in India. The losers tell us much about India’s democracy. Stripped of semi-autonomy, Kashmiris fear an enduring loss of their region’s special status as government faces no pressure to turn back. To shore up Indian democracy, Biden’s administration has to reinstate values into U.S.-Indian relations while preserving strategic ties. 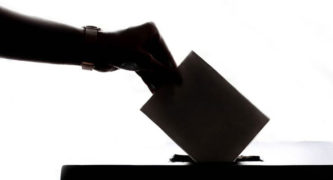 With the arrival of the Delimitation Commission in Srinagar, the political process in Jammu and Kashmir has begun to recover. The rise of billionaire power in India poses a threat to the country’s democracy, which is an often overlooked facet of this trend. India has been reduced to begging for emergency aid during the pandemic after being declared world’s future economic power. Indian online news sites are on edge after the state issued news rules in February that put them under oversight and censorship. India’s democracy has been downgraded from “free” to “partly free” but India is more concerned with labelling the new ranking as misleading. Mothers Demand Release Of Cuba Minors Jailed For Protests (1/10/2022) - The mothers say their children were detained and interrogated without the presence of adults, while… How Democracy Can Defeat Autocracy (1/14/2022) - As mass protests grow, autocrats are on the defensive - but democracy's destiny depends on… What Kazakhstan Says About The Autocracy Question (1/14/2022) - The upheaval in Kazakhstan...offers larger lessons about autocracies writ large and the notion of democracy vs.… Belarus Jailing People For Praising Kazakhstan Protesters  (1/10/2022) - After Russia sending troops to Kazakhstan to help quell dissent, Belarus is jailing its own…