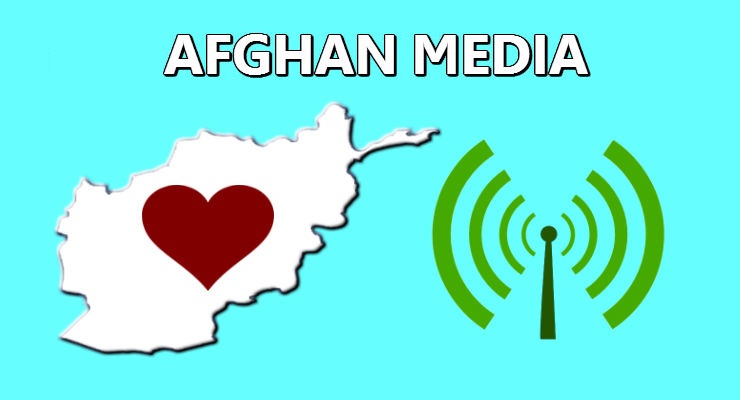 Several Afghan news outlets received letters from the Taliban this week, with instructions including on how the group wants to be identified in news coverage.

The letter – obtained by VOA – says that news organizations should refer to the Taliban by their official name and prohibits news organizations from encouraging “our young generation to leave the country” and promoting religions other than Islam.

The orders were laid out in a letter sent September 25 to major news groups across the country and signed by Zabihullah Mujahid, the Taliban interim deputy minister of information and culture.

The Taliban earlier set out a separate set of guidelines that media should adhere to, which included asking journalists to “prepare detailed reports” in coordination with a government media center.

Steven Butler, the Asia program coordinator for the Committee to Protect Journalists, said the Taliban demand is an attempt to claim legitimacy.

In their letter, the Taliban called for news organizations to refer to the group as the “Islamic Emirate of Afghanistan” saying that because they have “control over the entire country and (are) in the service of religion, country and people, from now on, media organizations cannot refer to the Islamic Emirate of Afghanistan as the ‘Taliban group’ or ‘Taliban faction’.”

No country has so far recognized the Taliban’s government, and the U.S. has said that recognition would depend on the group’s behavior. And U.N. officials turned down a request to have a Taliban representative address the annual General Assembly session in September.

Since taking power, the Taliban have detained at least 32 journalists, several of whom were beaten in custody last month, according to Human Rights Watch.  Meanwhile, an economic crisis combined with new restrictions imposed by the Taliban have led to more than 150 Afghan news outlets closing.

Butler described the latest Taliban media directive as “rudimentary” and said it remains to be seen whether they can enforce it.

“Most governments will say what it is they want the media to do,” Butler told VOA. “The problem is we don’t know the status. How is this going to be enforced? Will it be enforced? Once you start enforcing, essentially you’re looking at censorship.”

So far, the Taliban’s request that journalists refer to the group as the “Islamic Emirate of Afghanistan” appears to have fallen by the wayside.

Leading national broadcaster TOLOnews has yet to embrace it, limiting its use to an occasional report, according to an employee of the network, who did not want to be identified for fear of reprisals. National newspapers Hasht-e subh and Etilaat-roz continue to refer to the Taliban by their common name, according to a review of coverage by VOA and a local journalists association.

Ariana News, another major national broadcaster, is among a handful of outlets that have incorporated the Taliban’s preferred name into its reporting.

The Taliban haven’t said what the penalty for noncompliance with the rules will be.

When asked if his directive has been enforced and how the Taliban would deal with noncompliant outlets, Mujahid wrote in a message to VOA, “We’re still looking into this.” He did not elaborate further.

The order barring content that may encourage young Afghans to leave the country comes after nearly 120,000 people, many of them highly educated professionals, were evacuated to the U.S. and other Western countries after Taliban forces seized power on August 15.

Concerned about the massive brain drain, the Taliban have said they don’t want educated Afghans to leave.

Hujatullah Mujadidi, deputy president of the Association of Independent Journalists of Afghanistan, said the prohibition on “encouraging” the youth to leave the country could be used to quash everyday reporting.

It is also unclear how the Taliban plan to enforce the 11 guidelines they laid out for media on September 19.

During a meeting with journalists in Kabul, the Taliban said they support press freedom but presented a set of 11 rules for journalists to follow.

While some of the rules, such as a prohibition on publishing stories that are “contrary to Islam” and “insult national figures,” are loosely based on existing media laws, others go further, placing restrictions on publishing news that has not been confirmed by officials and asking journalists to “prepare detailed reports” in coordination with a government media center.

Mujadidi, who attended the meeting with the Taliban spokesperson, said the prohibition on “insulting” officials could prevent reporting on corruption.

“For example, if a media organization publishes a story about an official’s involvement in corruption, that could be viewed as an insult,” Mujadidi said. “This creates problems for the media.”

Media watchdogs criticized the guidelines, with the Paris-based Reporters Without Borders describing them as “vaguely worded, dangerous and liable to be used to persecute (journalists).”