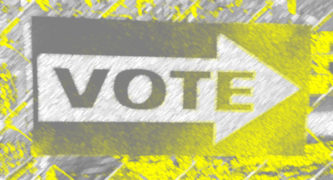 Zimbabweans vote in first post-coup elections. The general elections mark a turning point in the country’s political history. The spectre of Mugabe’s rule hovers over all. African Heads of State, who are currently all male, have an average age of 64.32 years. This situation appears to be at odds with the demographics in Africa as the continent’s population is youthful. Abiy Ahmed stands as a new dawn for Ethiopia’s democracy. He is beginning to be seen as a beacon of hope for the future of democracy, peace and stability in Africa and beyond. The amount of lives lost because of third-termist drives is appalling. Africans cannot keep losing their lives so that a few can enjoy power. Africa’s development cannot continue to be held hostage by these few. The evidence we uncovered in this study showed that patrimonialism as the style of politics, the types of elections, the type of electoral system and election administration are the main causes of election violence in Africa. It is glaring that President Ramaphosa declined to mention South Africa reaching out to the rest of Africa. South Africa’s internal problems are clearly the ONLY priority. Charity begins at home. Zuma showed some political maturity in his speech. He recognised the supremacy of the people of South Africa whose interest all holders of public office must defend and submitted himself to the supreme law of the land. There is an argument going around among pro-Zuma supporters that Zuma’s corruption is nothing compared to the injustices committed by the whites during the apartheid and therefore that it is hypocritical that many focus on his mistakes. The chance for peace and dialogue might have been missed. A civil war, for some, and a war between two countries for others, is more likely than not underway in the Cameroons.