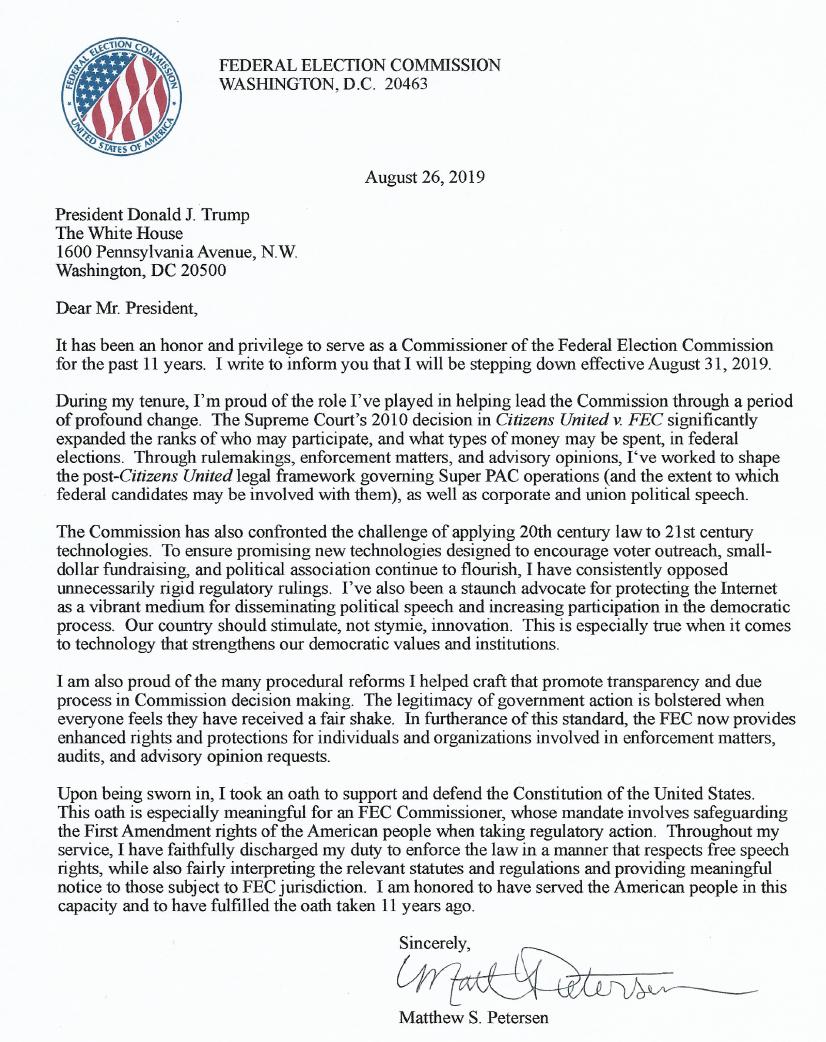 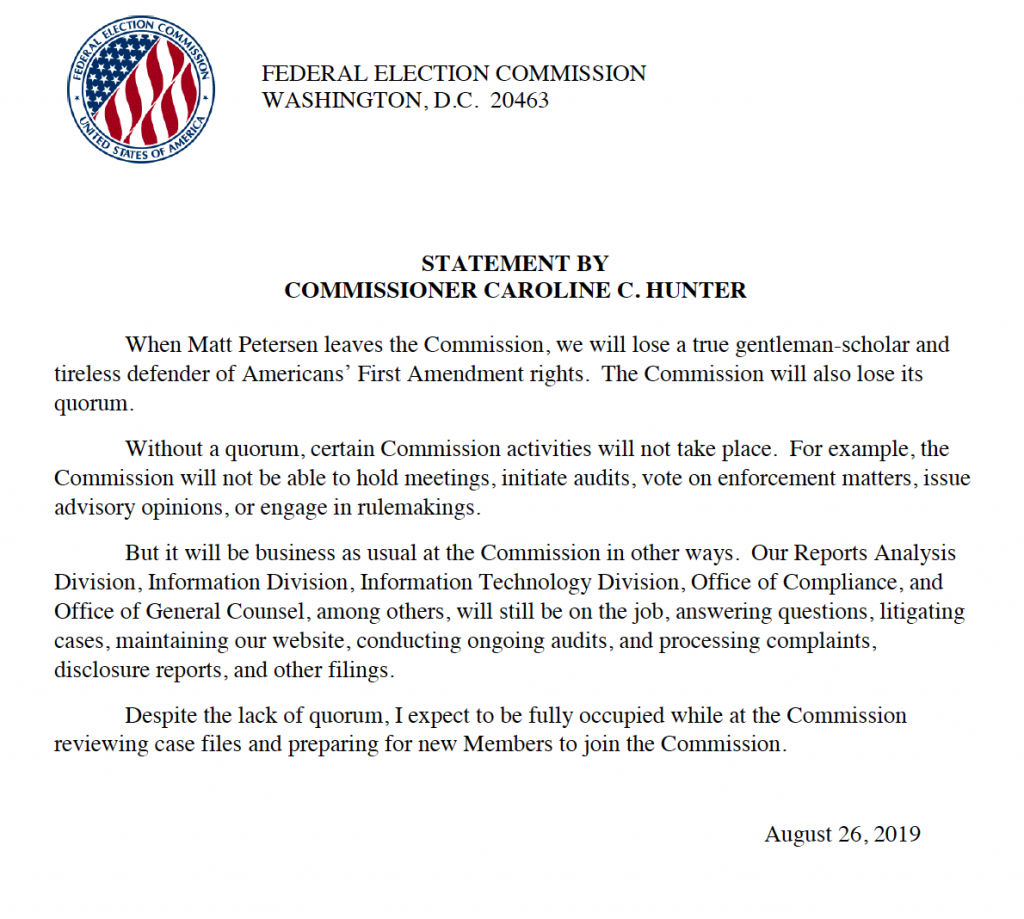 His resignation will leave the FEC with only three commissioners out of six seats — one shy of a quorum.

The FEC is considered as the country’s elections cop. Apart from “[completing] investigations, [meting] out punishments or even [giving] candidates advice about what is and isn’t legal” Some of its most important duties range from “investigations into possible campaign violations, [auditing] campaign committees or [making] new [electoral] rules.

For such duties and several others for which it has to make major decisions, a quorum is needed. “Without at least four commissioners, the FEC will be unable to take action on its core mission, enforcing campaign laws.” “The FEC “will now pretty much grind to a halt,” said Paul S. Ryan (in The Hill), vice president of policy and litigation at Common Cause. “This is a big deal that the FEC is now going to be without a quorum.””

The FEC Vice Chairman’s resignation unfortunately comes at a very crucial moment in which the 2020 elections are in preparation. The quorum rules therefore mean that the “resignation of the FEC Vice Chairman will have dire implications for decision-making as 2020 polls loom. Over the issue of matching funding for example, an article in The Hill by Reid Wilson has, using past examples, argued for a much longer shut down than in 2008, stating that:

A decade ago, the Senate raced to confirm several nominees when it became apparent that the late Sen. John McCain (R-Ariz.), the Republican nominee for president at the time, would request matching funds for his general election campaign — something only a functioning FEC could vote to allow.

This time, ahead of another presidential election, neither President Trump nor the Democratic nominee are likely to take matching funds, and there are few other incentives that could spur the Senate to act.

“Neither the Trump administration nor Congressional Democrats have made the FEC a priority,” Toner said. “This shutdown could last quite a lot longer.”