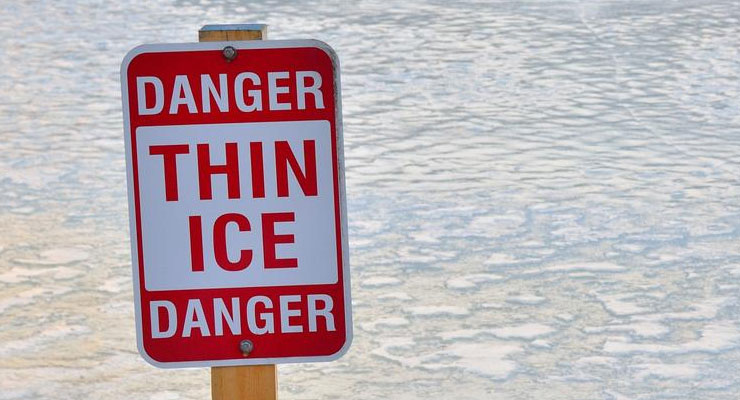 On May 20, Zimbabwean authorities arrested four civil society activists who had attended an international conference and leveled on them treason charges, on suspicion of wanting to foment a revolution against the government of President Emmerson Mnangagwa.

The number of activists arrested has since risen to seven, participants in the “Non-Violence Resistance” conference in the Maldives run by a group that trained people “how to mobilize citizens to turn against the government and to engage in acts of civil disobedience”. Instead of government focusing on initiatives that rejuvenate the current poor state of Zimbabwe’s economy, stamp out rampant corruption and entrenched impunity in the public sector, it only see and feel threats to its power everywhere.

The seven activists’ arrest is symptomatic of a nagging unease in the Mnangagwa administration about mass protests. The flagging economy marked by job cuts and company losses along with poor policy implementation and public sector corruption, have eroded popular support for Mnangagwa over the past year.

Here’s what you need to know about the current state of Zimbabwean politics:

Zimbabwe’s economy is underperforming, especially when it comes to jobs. The debt-fueled investments in agriculture, infrastructure and the associated growth in gross domestic product (GDP) and the “now famous” quarterly budget surplus that has characterized Mnangagwa’s tenure have not translated into jobs. There is no evidence of formal sector jobs creation from the Zimbabwe National Statistical Agency (ZIMSTAS) despite an estimated GDP growth of 3.5 percent for 2018. More than 100,000 youth enter the labor market each year, predominantly in the more precarious and low-wage informal sector.

In recent years several movements such as #thisflag and Tajamuka (we protest) have emerged to protest corruption and impunity in government, failure to jump start the stagnant economy, and ballooning public debt. According to Africa Development Bank (AFDB) Zimbabwe’s total external debt was an estimated 45.3 percent of GDP in 2018, down from 53.8 percent in 2017. The current account deficit was an estimated 3.7 percent of GDP in 2018, with imports continuing to exceed exports, putting pressure on the supply of urgently needed foreign exchange and making it critical to diversify exports.

If the movements can regain traction, especially in urban areas, it is likely to be the result of the persistently high rates of youth unemployment put at over 80 percent by some independent analysts although in 2018 Zimstats claimed unemployment rate stands at only 6.6 percent of the economically active population of 5.6 million. A figure disputed by several economists.

The government may find it difficult to contain protests. After failing to co-opt leading opposition politicians since late 2018, Mnangagwa may not have much public power as he nears the end of the first year of his presidency after general elections. For several months before and after the disputed 2018 presidential election, his government faced mass protests led by alleged opposition elements and worker’s umbrella body, Zimbabwe Congress of Trade Union (ZCTU).

These opposition protests threatened to paralyze the country. But in January 2019, Mnangagwa and smaller opposition parties and presidential candidates announced a surprise truce and began a national dialogue process designed to generate ideas that will propose institutional reforms to engender more inclusive politics in the country. However, observers insists that any dialogue without main opposition leader Nelson Chamisa of the MDC party is a fantasy.

There are political analysts who believe that an “imminent” rapprochement between Mnangagwa and Chamisa will usher “genuine political dialogue ” and may create a constructive environment towards stabilization of the economy and quite down criticism of the government in the legislature. But critics of any form of Mnangagwa-Chamisa truce are cautious of a rapprochement as they fear another Government of National Unity (GNU) that almost paralyzed the then MDC-T lead by the late prime minister Morgan Tsvangirai as the leadership become complacent whilst in government.Too many in Zimbabwe believe Chamisa’s dalliance with Mnangagwa will erode his credibility as a reformist. For instance, although he currently criticizes excessive borrowing and related corruption linked to agriculture and large infrastructure projects, once dining with Mnangagwa he may be forced to reconsider his current firm stance which will then compromise his credibility.

The demise of the Mnangagwa’s administration since late 2018 and refusal by Chamisa to commit to a one sided dialogue adds to the possibility of mass movement against the government. This is because potential protests would need to be led by a credible opposition politicians. As a result, such movements as #thisflag and Tajamuka would most likely be easy to contain or co-opt. In addition, the severity of the current economic challenges suggest that they probably would need to be non-partisan.

In light of these developments, one interpretation of the current state of Zimbabwean politics is that institutional decay and lack of faith in government increasingly push citizens to seek extra-institutional solutions to the many structural problems facing the country.

In many ways, Zimbabwe is a lesson on the limits of institutional design. As l have always argued before, Zimbabwe has arguably one of Africa’s strongest legislatures, which has, on occasion, been able to use its robust powers to check presidential authority. Some elements of Zimbabwe’s judiciary also enjoys substantial political independence from the executive branch. At the same time, the country’s constitution creates strong incentives for the emergence of a two-party system with a sizable opposition presence in the legislature. The ruling ZANU-PF party currently controls roughly 66 percent of seats in the National Assembly, which means it is not forced to caucus with any party unless it is a Constitutional Amendment bill.

Electoral rules for the presidency reinforce these dynamics. The winner must garner at least 50 percent plus one of votes cast. Candidate-centric politics keep political institutions from fully recognizing their power. However, the persistence of politics often driven by candidate-centric rather than policy based considerations due to the party whipping system has meant that the legislature continues to underutilize its full constitutional powers. Meanwhile, parties continue to operate like special purpose vehicles that rise and fall at the mercy of ever shifting political formations at election time. This explains how a president can neutralize the opposition, as appears to have happened with the late prime minister Tsvangirai and allies during the Government of National Unity after Constitutional Amendment Number 19.

The seven activists arrest signals what is to come. If citizens and activists emerge to fill the vacuum left by the opposition parties, the government is likely to overreact, fearful of being unable to control any sustained non-partisan and leaderless mass protests. And if the record of policy violence in 2017-2019 is anything to go by, such reaction will have little regard for the constitutional protections of freedom of speech and assembly.

A lingering question is whether mass protests against Mnangagwa’s government will materialize, absent the backing of any major political party or politician. Recent research from Kenya suggests that the odds of this happening are slim, especially in light of well publicized past experiences with police and military brutality at protests during recent mass protests. Indeed, the movements seem to understand the difficulty of mobilizing disaffected citizens outside of the channels established by the parties and labour unions that dominate Zimbabwean politics.