The greed of corporate America is and has been threatening our existence. They are price gouging in every sector because everything has been privatized. We are interdependent in our assumed divided lands. Praise for the imprisoned Navalny. Here is a man dedicated to justice and freedom for all. The relaxing or paralyzing of the Fairness Doctrine is allowing a right-wing political minority with plenty of cash to deal in distortion. Reinstating shoring-up and prosecuting violators of the obliterated Fairness Doctrine is the first step for resurrecting our great country. I can’t tolerate Senator Manchin or Sinema being welcomed by the Democratic Party next term or ever again. They are Republicans in sheep clothing. 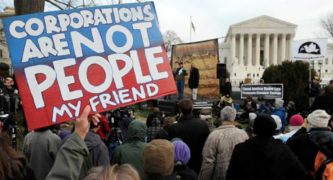